The Department of Classics at Florida State University is pleased to announce that Prof. Melissa Lane, Class of 1943 Professor of Politics and Director, University Center of Human Values, Princeton University, will deliver the Spring 2021 Langford Family Lecture, entitled “Plato on the Value of Rule: Three Dimensions in the Republic, Statesman, and Laws.” The lecture will take place on Thursday, March 4, 5:00–7:00pm EST on Zoom.

Prof. Melissa Lane will deliver the Spring 2021 Langford Family Lecture, entitled “Plato on the Value of Rule: Three Dimensions in the Republic, Statesman, and Laws” on Thursday, March 4, 5:00–7:00pm EST on Zoom. 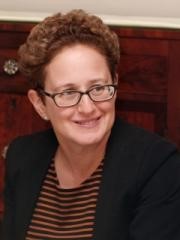 In this lecture, Prof. Lane argues that Plato’s commitment to the value of rule as serving the good of the ruled is explored in three distinct analytical dimensions, each of which can be found articulated in different moments of the Republic, Statesman, and Laws. Each dimension can be related to the extent to which the rule specifies and realizes the purpose of rule: namely, the good of those ruled. The first dimension defines rule minimally as an epitactic relationship of command and obedience aimed at some purpose: as such, it has a prima facie normative value as an ordered relationship, but vitiates that value whenever the purpose at which it aims is not in fact the good of the ruled. The second and third dimensions are both fashioned by Plato as jointly epistemic and epitactic. The second treats the good of the ruled largely as a black box and so operates hypothetically: rule has value to the extent that it achieves an epistemically adequate conception of the good of the ruled, whatever the content which such a purpose should have. The third dimension fills in the black box of the second: the purpose of rule is being the joint achievement of friendship, and knowledge or expertise. When realized, this third dimension is a full normative ideal of rule with maximal value. By clarifying these three dimensions, we are better able to resolve longstanding debates about Plato’s political thought.

The lecture is made possible by the Langford Family Eminent Scholar Chair Endowment of the Department of Classics at FSU.