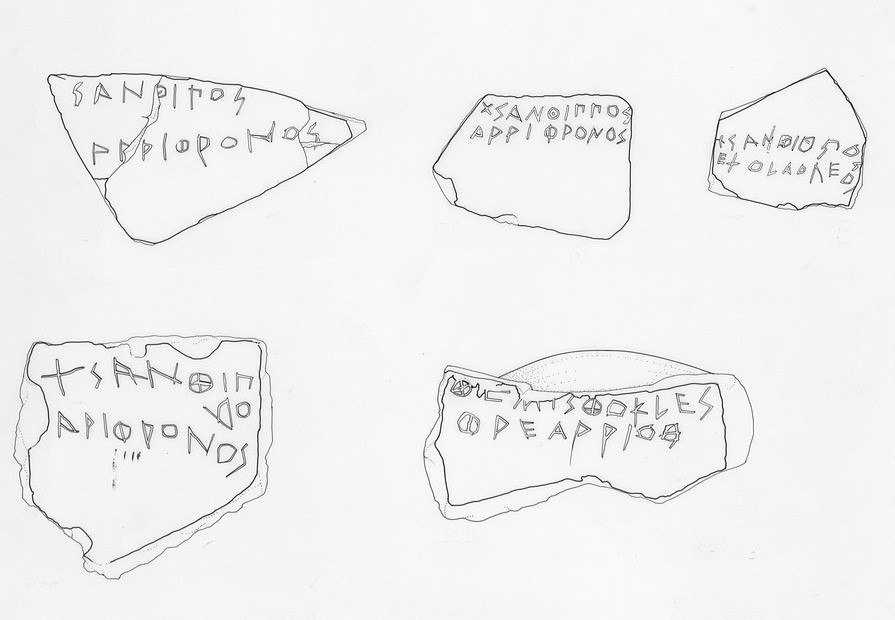 New evidence for the Athenian practice of ostracism appears in an article recently published in Hesperia by Associate Professor Jim Sickinger. Ostracism was the practice of expelling a citizen of Athens for a period of 10 years, and was used to neutralize political opponents. Sickinger’s focus is a deposit of more than 150 incised sherds, or ostraka, discovered in the Athenian Agora in the late 1990s; these ostraka were the actual ballots for voting to expel someone. Five candidates for ostracism are represented among the ostraka, including a large number of Xanthippos, father of Pericles, who was ostracized in 484 B.C. The entire deposit presumably dates from that very year. The new finds shed light on various features of Attic writing, including nomenclature, letter forms, and variant spellings, and provide important new evidence for the mass literacy of Athenian citizens in the early 5th century.

The article is available via JSTOR here (FSU ID required) 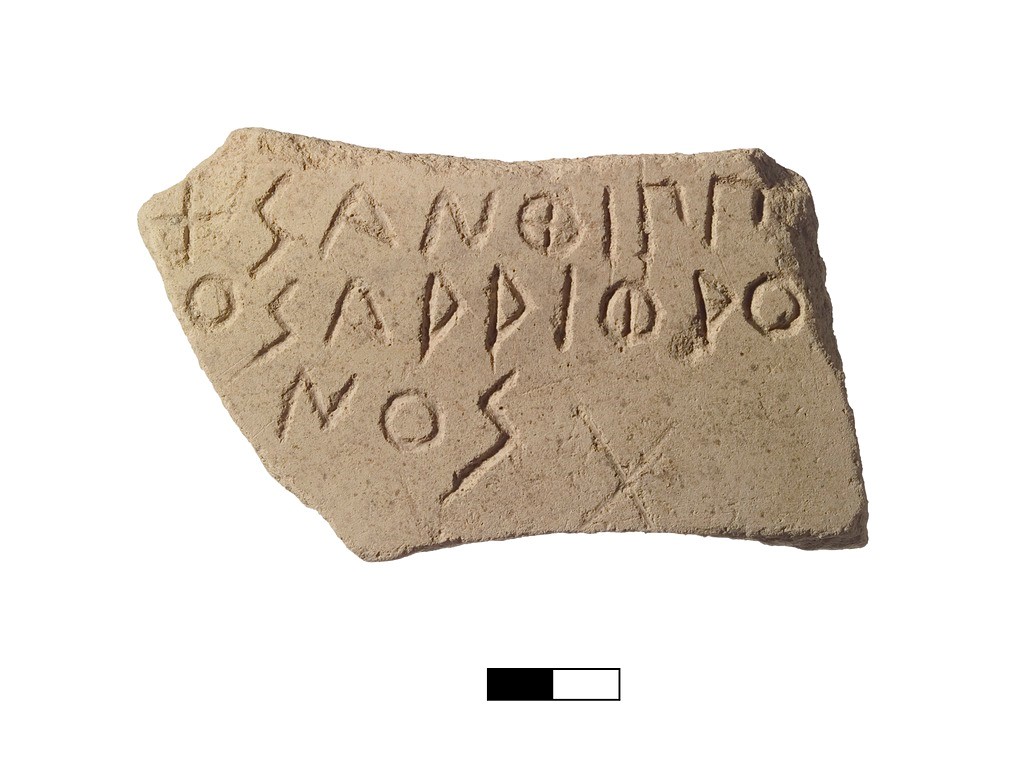 A major exhibition entitled “Wells of Wonder: New Discoveries at Cetamura del Chianti” opened at the National Archaeological Museum in Florence, Italy, on June 9th. Over 400 people crowded into the Museum for the opening celebration, featuring introductions by Dr. Mario Iozzo, Director of the Museum, Dr. Frank Nero, Director of FSU’s Study Center in Florence, and Dr. Nancy de Grummond, the Director of Excavations at Cetamura. After viewing the exhibition itself, the crowd was treated to a reception in the Museum’s garden, featuring wines and food from the Chianti region. 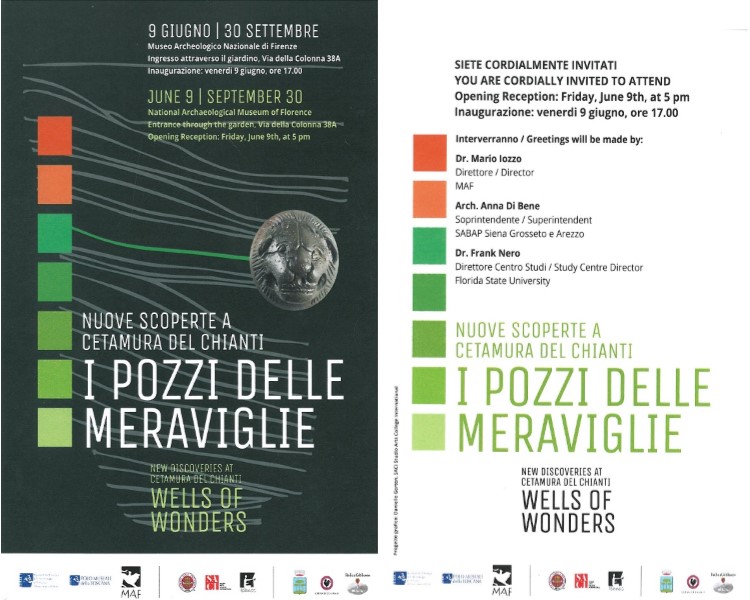 The exhibition is the work of Dr. de Grummond, the M. Lynette Thompson Professor of Classics, and her students, and highlights the material recovered from two deep wells excavated at the Etruscan site of Cetamura. A selection of the bronze, wood, and pottery items recovered from the wells was professionally displayed in cases in the large hall. Of special interest are the grape seeds recovered from the well, suggesting that around 300 BC the hills of Chianti were covered with vineyards, just as they are today.

The exhibition continues through September 30th.  For more information please see the article in the Tallahassee Democrat: http://www.tallahassee.com/story/life/2017/06/03/fsu-profs-dream-coming-true-florence-exhibit/365583001/.

2009 Exhibition: "The Sanctuary of the Etruscan Artisans at Cetamura del Chianti: The Legacy of Alvaro Tracchi"

Cetamura is an ancient hilltop  settled by Etruscans and Romans, located in the heart of the Chianti district of Tuscany, near Gaiole,   Radda and Castellina in Chianti (province of Siena). Research by faculty and students of Florida State University has been conducted since the opening of the site in 1973. Nancy T. de Grummond is project director.

Archaic, "Classical", and at least two phases in the Late Etruscan period. There is a hiatus in occupation during the fifth century and much of the fourth century B.C.E. From the Late period comes extensive evidence of an Etruscan artisans' area, featuring a kiln and cisterns, adjoining a sanctuary with surviving monumental stone foundations, multiple altars and votive deposits.  Roman baths of the early Roman Empire have been unearthed, as well as a medieval castrum, or fortified village at the site in the twelfth century. Documents of the abbey of Badia a Coltibuono (http://www.coltibuono.com/), upon the property of which the site is located, refer to the medieval settlement by the name of Civitamura.

In the year 2000, to celebrate more than 25 years of research at Cetamura, Florida State University, in collaboration with the office of the mayor and the Pro Loco Committee of Gaiole, held an exhibition of finds from the site at the Centro di Informazione Turistica in Gaiole. At the same time much of the principal evidence on Cetamura was presented in a catalogue published in connection with the exhibition, entitled Cetamura Antica, Traditions of Chianti, edited by de Grummond (Italian translation by Alba Frascarelli, Cetamura Antica, Tradizioni del Chianti; both are available through this website).  A second exhibition, held in 2009, displayed the results from the sanctuary and the adjacent artisans’quarter dating to the 3rd-2nd centuries B.C.E. The bilingual catalog is available from Edifir, Edizioni Firenze (http://www.edifir.it:  N.T. de Grummond, ed., The Sanctuary of the Etruscan Artisans at Cetamura del Chianti, the Legacy of Alvaro Tracchi (2009).