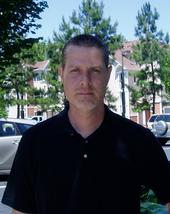 Tim Stover (Ph.D., Texas) specializes in Latin literature, with a particular interest in epic poetry. In addition to articles on Lucretius, Vergil, Lucan, Valerius Flaccus, and Statius he is the author of Epic and Empire in Vespasianic Rome: A New Reading of Valerius Flaccus’ Argonautica (Oxford University Press, 2012). He is the co-editor, with Laurel Fulkerson, of Repeat Performances: Ovidian Repetition and the Metamorphoses (University of Wisconsin Press, 2016). His next major project, entitled In the Wake of Argo: Valerius Flaccus and Flavian Epic, examines the influence of the Roman Argonautica on Statius’ Thebaid and Silius Italicus’ Punica. Tim has won three teaching awards at FSU: in 2010 he won an Undergraduate Teaching Award; in 2011 he received a Transformation through Teaching Award; and in 2016 he was awarded a Graduate Teaching Award.