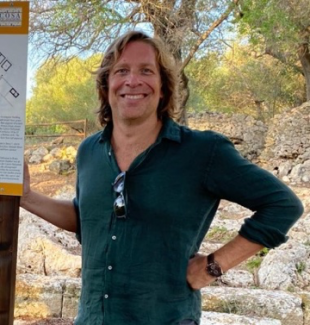 Andrea U. De Giorgi is Associate Professor of Classical Studies and specializes in Roman urbanism and visual culture from the origins to Late Antiquity, with emphasis on the Eastern Mediterranean. He is the author of Ancient Antioch: from the Seleucid Era to the Islamic Conquest (Cambridge University Press 2016, paperback 2018), co-author of Antioch. A History (2021, Routledge), editor of Cosa and the Colonial Landscape of Republican Italy (2019), and co-editor of Cosa/Orbetello. Archaeological Itineraries (2016). Dr. De Giorgi has directed excavations and surveys in Turkey, Syria, Georgia, Jordan, and the UAE. Since 2013, he has codirected the Cosa Excavations in Italy and currently studies the 1930s Antioch collections at the Princeton University Art Museum, USA. He has also collaborated with the Museo di Antichità di Torino, the Museo di Cosa in Ansedonia, and the Museum of Fine Arts in St. Petersburg, Florida. He has received numerous fellowships and grants both from American and European institutions; in 2019-2020 he held a Humboldt research fellowship at the Institut für Klassische Archäologie at the Freie Universität, Berlin. At present, he serves as corresponding member of the Deutsches Archäologisches Institut.