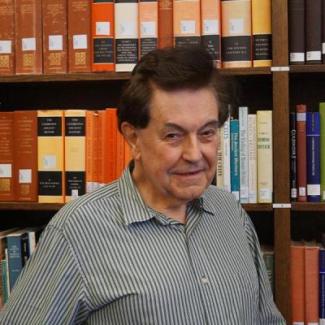 Professor Cairns has published widely in books and articles on his fields of research interest: on Classical Greek Poetry from Homer to the Hellenistic age, on Classical Latin poetry from early Roman epigram to Flavian epic, on 12th century Medieval Latin poetry and prose, on 15th and 16th century Renaissance Latin poetry and prose, and on Euboean epigraphy. His current major project is a monograph to be entitled: Kletikon: The Ancient Greek Poetry of Summons and Invitation. His educational qualifications are M.A. in Classics (Glasgow), B.A., M.A. in Lit. Hum. (Balliol College, Oxford), Ph.D. (Liverpool) and D.Litt. (Edinburgh). Before moving to Florida State University, he taught at the Universities of Edinburgh, Liverpool, and Leeds.