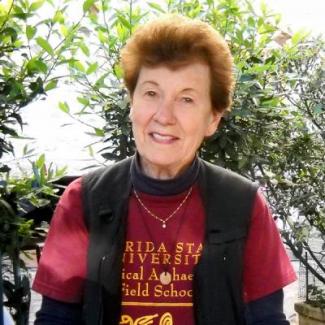 Having served as director of excavations and archaeological research at Cetamura del Chianti since 1983, Professor de Grummond is working on updating the archives and preparing to open a museum that will feature the most important discoveries from Cetamura. The Museo Civico alle Origini del Chianti, “The Civic Museum at the Origins of Chianti,” is located in Gaiole in Chianti, Tuscany, Italy, near the site of Cetamura. (Museum Designated in Gaiole - Cetamura del Chianti Excavations and Research). Through the years she has supervised seven exhibitions on Cetamura that now will provide the foundation for the displays at the new museum. She is eager to involve students with museum work of all kinds at Gaiole, at the FSU Study Abroad Center in Florence and in Tallahassee.

Dr. de was recently elected as a member of the Society of Antiquaries of London (2019). Her book on Cetamura del Chianti in the series of “Etruscan Cities and Communities” at the University of Texas Press appeared in January, 2020.