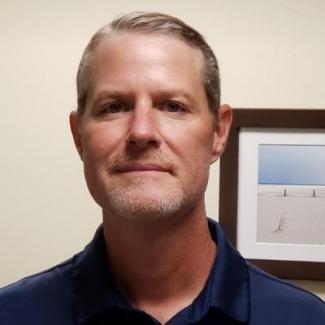 Tim Stover (Ph.D., Texas) specializes in Latin poetry, with particular interests in imperial epic and Senecan tragedy. In addition to articles on Lucretius, Vergil, Seneca, Lucan, Valerius Flaccus, and Statius he is the author of Epic and Empire in Vespasianic Rome: A New Reading of Valerius Flaccus’ Argonautica (Oxford University Press, 2012). He is the co-editor, with Laurel Fulkerson, of Repeat Performances: Ovidian Repetition and the Metamorphoses (University of Wisconsin Press, 2016). His next major project, entitled In the Wake of the Argo: Valerius Flaccus and Imperial Latin Epic, examines the influence of the Roman Argonautica on Statius’ Thebaid and Achilleid, Silius Italicus’ Punica, and Claudian's De Raptu Proserpinae. Tim has won three teaching awards at FSU: in 2010 he won an Undergraduate Teaching Award; in 2011 he received a Transformation through Teaching Award; and in 2016 he was awarded a Graduate Teaching Award.